I don’t often talk about my career. So you may not know that I worked in Congress for eight years and as a reporter five years before that. While on the Hill,  I was encouraged to keep a low profile so that nothing could reflect badly on my boss. That meant no guest posts, no writing about my job, and no calling unnecessary attention to myself. But now that I’m a stay-at-home mom I’m free to talk about my past jobs as much as I want. My plan is to take advantage of this freedom and share as many tidbits about living your faith out at work as I can. This week I’m sharing how to win friends and influence people (for Christ) at work.

Before I start, I know everyone’s job looks vastly different this year. You might still be working at home or may go into the office, but still, be physically separated from many of your coworkers due to Covid. That being said, there are still ways to apply these principles to our current situation or tuck them away for when everything returns to normal. (Hopefully!)

How to Win Friends + Influence People (for Christ) At Work 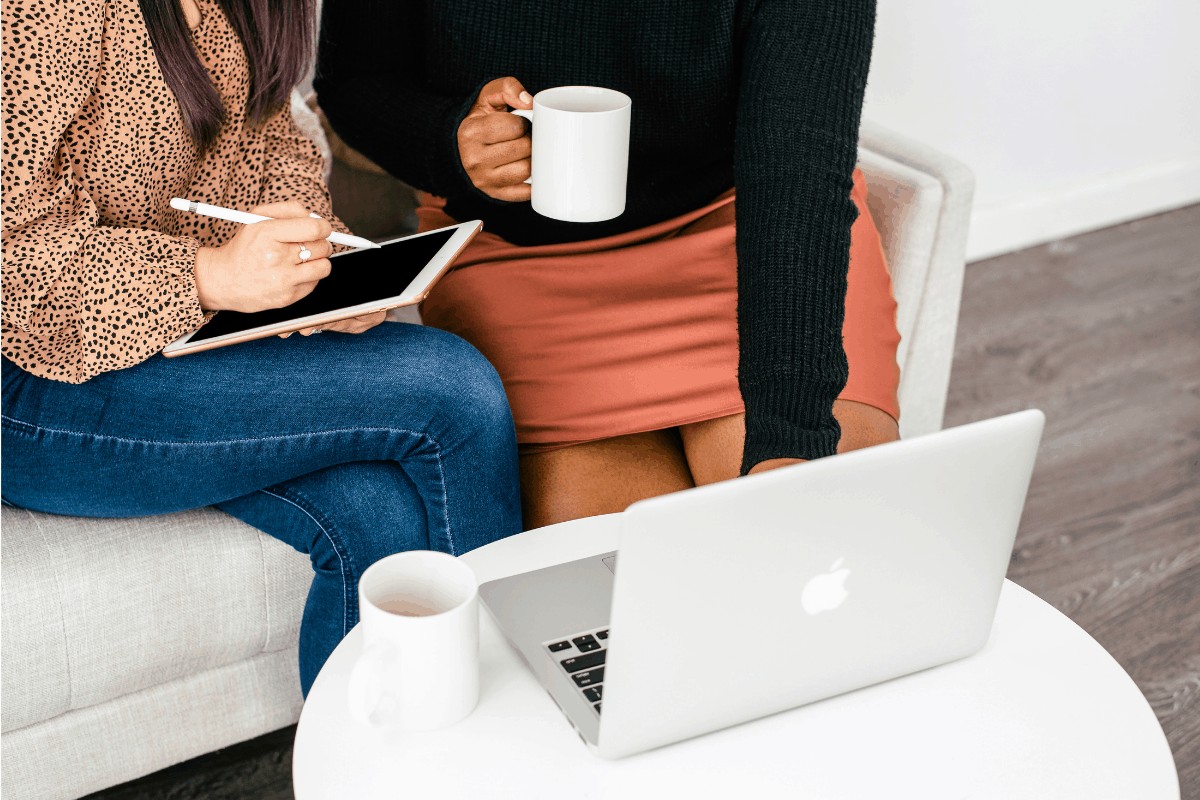 In 2016, I was working for a Congressman from Louisiana as his communications director. This was the first time I found myself in an office of like-minded Christian coworkers and enjoyed the peace that this brought. (Before getting this job I was abruptly fired but I’ll save that for another post!)

As cliche as it sounds, I felt like I could now breathe in my job and I took that time to reflect on how I could better serve others in my job. I had a revived desire to show the love of Christ in politics through my work, my attitude, and my behavior.

A few weeks in, I took pen to paper and wrote out all the lessons I had learned about influencing our co-workers over the years. Here are six ways I came up with to win friends and influence people (for Christ) in our jobs.

1.) If I wanted to influence those around me, I had to be excellent at my job.

I once had a mentor tell me, “Excellence equals influence.”

What she meant was excellence in our jobs breeds respect and influence. Younger people will look up to you and ask for advice. And your superiors may (may!) even notice and promote you.

But those are just the outward benefits.

I realized if my coworkers respected me and wanted to know why I was “different” than most people on the Hill, I had an opportunity to share the Gospel.

That’s not to say we should go to work and start handing out Bible pamphlets. (Unless God calls you to do this, then by all means hand away.) But if we are consistently calm, hard-working, and resilient, even under difficult times – people are going to wonder why. Eventually, they will probably ask for the “hope that is in you.” (1 Peter 3:15)

On the flip-side, if you are always late, always arguing, and never finishing tasks, well, it’s not likely that you will be excellent in your job or very influential.

I first learned this at one of my early reporting jobs when I had a coworker who worked harder at trying to get me fired than at her job.

But I put my head down and continued to work hard instead. My willingness – with Christ’s help! – to stand apart lead to conversations about my faith months down the road and even an eventual friendship. You can read more about that situation HERE.

You never know what “seeds of faith” God is having you plant in other people’s lives that will eventually blossom.

2.) The second way to influence your coworkers is to be above reproach.

On the Hill when someone messes up, there is rarely an apology because no one wants to admit they were wrong or screwed up. (I know this happens in all careers but as you can guess, it’s even more prevalent in politics.)

While working for my first boss on the Hill, my chief of staff asked me to get him an interview one day with a specific radio host in Detroit. It was Budget Week – the week the members of Congress would float around a proposed budget and try to get enough votes to pass it.

But this particular radio station had two different shows my boss went frequently on and I mistakenly called and set up an interview with the wrong host.

I tried to contact the correct host but it was too late. His schedule for the week was full.

For the whole day, I stressed about it. When I could no longer put off dealing with the situation the thought crossed my mind to say I had contacted the other producer and never heard back, covering up the fact that I had messed up.

It would be such an easy lie and no one would ever find out because it happened all the time.

But God got a hold of my heart that day and I decided I would just tell my boss the truth.

It was an honest mistake that could have happened to anyone. The least I could do would be to own up to it.

As employees (and humans, really) we don’t like to show our weak spots. We don’t want people to know we’re flawed or will mess up, even less so on the Hill where appearances are everything.  But no one is perfect and it’s not a matter of if we mess up but when.

So, I walked into my chief’s office and told him without any frills that I had contacted the wrong producer.

There was a quick eye roll—and then—it was over. He said he understood and we’d just go with the other show. I had stressed out about a situation for days which really only required me to be honest.

Honesty is refreshing.  Of course, it won’t always protect you from consequences. There have also been plenty of times that I was honest about messing up and dealt with the repercussions.

And unfortunately, people use dishonest gains, favors, or bribery to get ahead all the time at work. But according to scripture lies are an “abomination” to God, while those who are faithful are His ‘delight” (Proverbs 12:22).

Whatever the situation or temptation before you, be above reproach. We may not get rewarded now but doing what is right is always part of God’s plan for our lives.

3.) The third way I learned I could influence those at work was to serve them.

For two summers during college, I cleaned bathrooms at a KOA campground in Niagara Falls. Think of the dirtiest, grossest job you could possibly imagine. This was 10 times worse. Let’s just say I wore gloves up to my elbows and used a lot of bleach.

Added to that, every day our team of six “housekeepers” were in charge of cleaning two bathhouses, with four bathrooms in each building, which held six toilets each. That’s 48 toilets we scrubbed twice a day, not including the dozens of showers, sinks, floors, and cabins.

While no one dreams of being a janitor I am indebted to that job—and our militant manager Linda—for teaching me about work ethic and service. And not just a work ethic, but to give my absolute best at any job I took on. Ecclesiastes 9:10 reminds us, “Whatever your hands find to do it with all your might” – and trust me, we mightly scrubbed those toilets.

Whenever we feel a job is beneath us we need only to remind ourselves that Jesus, the Son of God, took out a towel and bucket of water and washed the very dirty feet of His disciples.

I hate feet so the thought alone makes me queasy. But that makes it all the more beautiful because not only is it a humbling act, but the Son of God was the first to do it.

Nowadays we do not wash our coworker’s feet. But we can refill the coffee cups, ask if they need help with a project, or otherwise fill in the gaps.

4.) Provide value in your job.

The next way I realized I could influence my coworkers for Christ was to provide value in my job.

Value can mean being excellent in your job so your office continues to run at maximum capacity. It can mean learning to work in teams even if you prefer to work alone (preaching to myself here.) And it can me genuinely listening to other people’s ideas.

But value can also mean being an asset to your coworkers on a personal level.

Isn’t it nice to have that one person in the office that lends an ear to listen, or even a shoulder to cry on? Try to be that type of coworker or employee. That’s not to say we need to be gushing with emotion, but if the opportunity provides itself to be a comforter or listener–take it.

And if right now you’re feeling like you don’t have much “value” to provide your office I encourage you to read Romans 12 and picture your office as a “body.” Everyone has a role to play, no matter how small, and is equally as important to the running of the office. 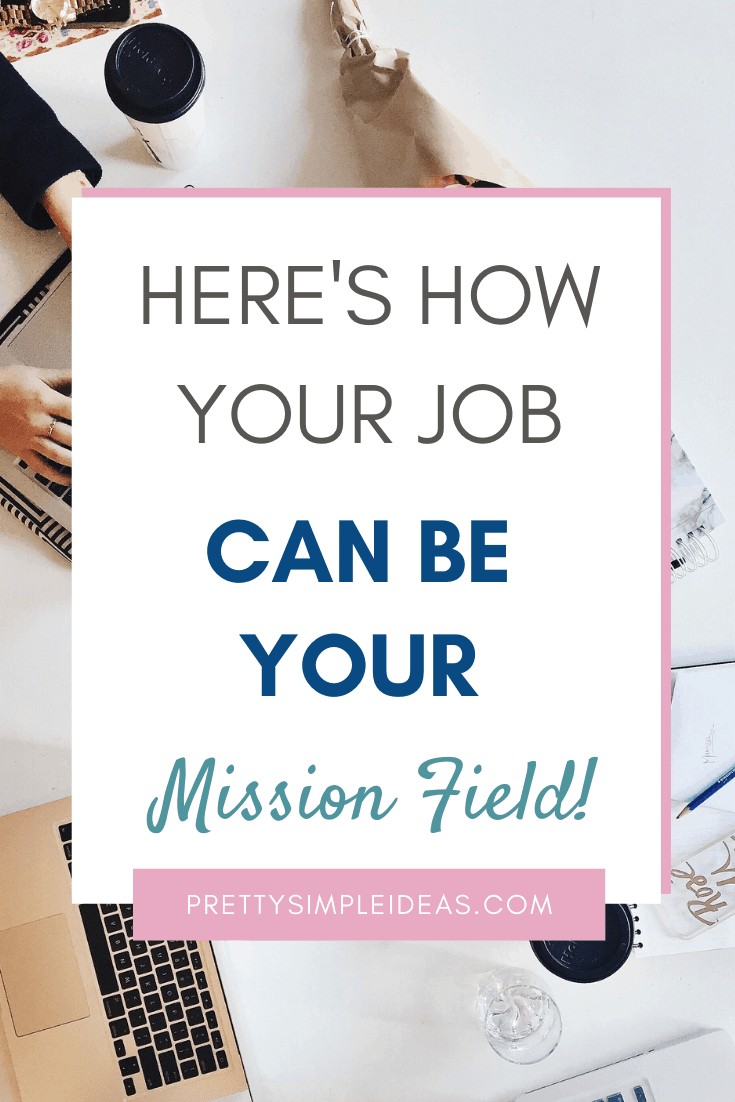 I know we just went through how to serve and provide value to your office. And now I am going to ask you to do something difficult: hold yourself to a higher standard.

Our coworkers (along with friends, family, husbands, etc..) will eventually let us down. Or perhaps even hurt us.

In those situations it’s easy to stop giving them your all, to stop looking out for their best interests, to stop “serving.” And when this happens I encourage you to forget about them.

What I mean by forgetting is to remind yourself that ultimately you are working for the Lord.

Colossians 3:23 has single-handedly has gotten me through many rough days at work. “Whatever you do, do it heartily, as to the Lord and not to men.”

Do you have a boss that only cares about how good they look? Do what they ask unto the Lord and not onto your boss.

Do you have a coworker who makes you do all the work but ends up taking credit? Work on that project as to the Lord and not onto your coworker.

Do you have another coworker who is constantly picking apart your work with no constructive feedback? Do you work as unto the Lord and not onto them.

At the end of the day remember who we truly serve at work. It is not for our coworkers. But they certainly benefit when we surrender to the Lord and put Him first.

Lastly, I leave you with this thought from Elisabeth Elliot in the Glad Discipline, “It means there is no job in the world that needs to be boring or useless. A Christian finds fulfillment not in the particular kind of work he does, but in the way in which he does it. Work done for Christ all the time must be “full-time Christian work.”

Let’s pray that our jobs reflect this full-time Christian work. That’s how we win friends and influence people for Christ at work.

1.) How is “missionary work” different than working a regular job? How is it similar?

2.) How can you provide “value” in your office this week? (Be specific!)

3.) How can you serve your office this week? (Be specific!)

4.) Would reminding yourself you’re doing a specific task at work for the Lord and not your co-workers change your mindset?