Do you hate your current job? Are you looking to make a career move? Do you want to start your own company? Or are you working but dream of staying home with your kids?

Even if you don’t find yourself in one of these situations now, I’m willing to bet you have been in one of them before and will be again. But how are we supposed to figure out when to leave a job? Or change careers? Or decide to stay home for good? I won’t pretend I have all the answers but after graduating college almost 12 years ago I have worked in four cities and held seven different jobs. I also held various titles (and salaries), including assignment reporter, anchor, press secretary, communications director and my most recent – stay-at-home mom.

Throughout these transitions, I learned how to listen to God. I also learned when it was a good time for me to switch jobs and when it was best to stay. And I hope through my experiences I may be of help to someone else going through the same thing. 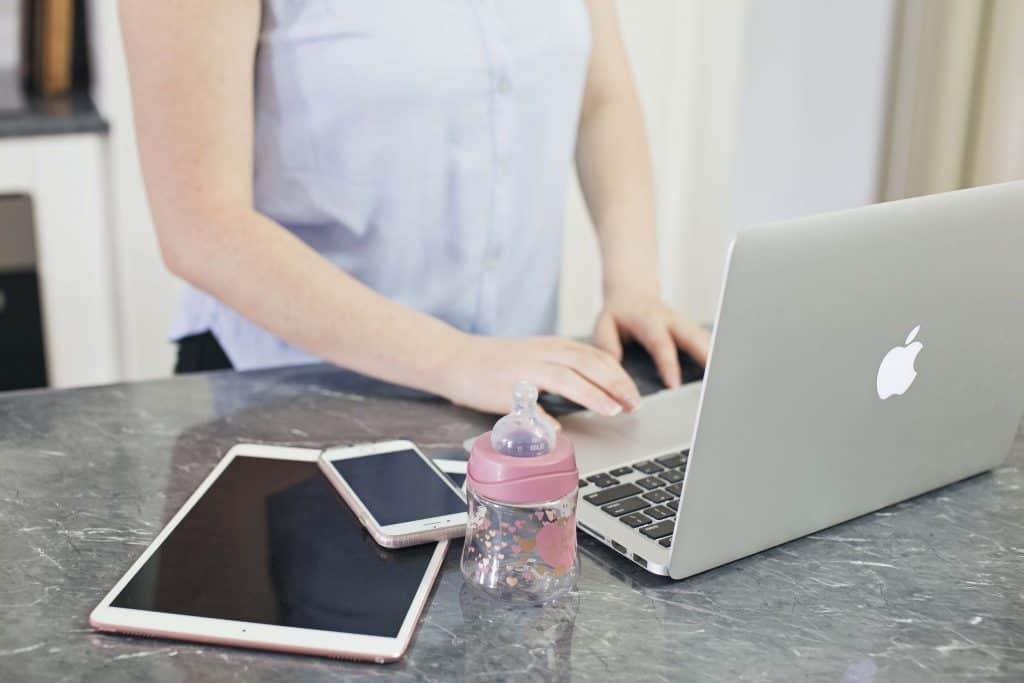 So what’s the secret in figuring out when to leave a job and switch to another? I’d say the key is finding the sweet spot is asking yourself these two questions.

What does release look like? We graduate from college. We get laid off. We get fired. These are easy examples.

It can be even harder to figure out when we are called to something else. But that calling can look like a job offer that excites us, an opportunity that falls in our lap, the drive to be an entrepreneur, or the quiet continual calling from God to do something specific with your life.

But, if we do not feel released from a current position yet, it is likely not the right time to make a move.

And sometimes we are released, but not called.

It’s harder when we may want to get out of a situation, but we are not released yet. The good news is that means God is still doing something in that situation.

You want to leave your current job, but you keep getting turned down for other ones. You hate going into work, but need the money and don’t have another job lined up. I had a couple of jobs that I hated and would have done anything to not have to go to work. But when you allow God room to do His work you’ll be amazed at the outcome. Here is how I turned a co-worker who hated me into a friend.   Stay in there. You never know what amazing things can happen through a difficult situation.

Or perhaps you feel “released” from your current job, but have no idea what to do next. You have no specific calling.

Wait until the two intersect so there is no doubt in your mind it is right. Waiting until you have something else lined up is also responsible. Now, I’m not saying that God can’t call us to leave a volatile or dangerous situation without a backup plan. Sometimes the plan is to get out! But more often our own impatience causes us to leave before He has called us to something else, causing unnecessary pain or troubles for ourselves.

We all know people who have left positions without being called to something else, only to be directionless and jobless for years.

Maybe you know that situation all too well yourself.

If you find yourself in that position again – wait. Wait until God makes it clear it is time to move. Often things move FAST when we wait on God’s timing instead of forcing it ourselves.

I remember the first time I began to understand this concept. At the time I had been working as a reporter for a financial website in Buffalo. I created online news clips on the stock market, IPOs, quarterly reports, and the like.

I had been there a year and felt like I had plateaued. I was READY for what was next but not quite sure what it was.

I felt released, but not called.

That is until I was watching the news one night and saw the White House press secretary and it hit me. Although I wouldn’t have been so bold to have said that at the time, I started to feel a tug to head to D.C. to work in government.

I started researching how to make it happen. And I prayed. And back and forth for a year. I almost gave up on the calling because it was taking so long. That is until one day I was offered a paid internship in a congressional office. I had been released a year earlier and although this wasn’t my “dream job” now that I was called it was time to go!

You can read the full story on my post Learning to Surrender My Career to God. Every time I look back at that time I am in awe of God’s faithfulness to me.

Shortly after I started my internship I landed a full-time press secretary job in the office of a member from Michigan and stayed there three-and-a-half years when I hit another plateau. I was going through the motions and it’s never good when you hit that point. I wasn’t called to anything, nor released, making the decision to stay in a position I didn’t love easier.

Until I got fired.

It felt like it came out of nowhere. I was pushed out of my job, but not called to another. It was a huge time of spiritual growth for me where I had to learn to surrender my future AGAIN to God. Being without a job is hard on the wallet and your pride.

I will write about this whole situation another time but short story: God provided a job. For three months I applied to jobs and went on interviews until one day a job fell in my lap. An office and member I respected called me up and wanted to hire me, and after three months of being unemployed I readily accepted this new “calling.”

But if you know anything about government jobs, they can disappear every two years. My then boss was running for the Senate and although I didn’t feel called to anything specific after that, I was “released” from my job when he didn’t win the position. Our office dissolved a couple of months later.

Released But Not Called

I took this time to re-evaluate my career and nannied for a few months to make some money. I thought my next calling would be a writer, or at least something unrelated to government. Again, I was without a job for about three months until I was “called” to another office. Yet again God provided a job where they brought me in and wanted to hire me instead of me having to hunt the job down. (Although I was still applying/interviewing like crazy during that time!)

Related: If you are unsure what to do next I recommend reading Just Do Something: a Liberating Approach to Finding God’s Will. It was very helpful to me during a time of indecisiveness.

Instead of working for a Member of Congress, I became Communications Director of a House committee. I loved it, and if I had been younger, I would have stayed there as long as I could have. But during that time, I felt another calling: motherhood.

RELATED: Choosing the right job for the right reasons.

I always knew I wanted to stay home.

In fact, I’m pretty sure I told my husband on our third date that I planned on being a stay-at-home mom one day. As soon as we got married we started financially planning to make that possible. We moved out of the city,  bought a small house we could afford on one salary, and began to cut back on our extra expenses.

When I finally got pregnant I figured I would stop working right before I had the baby. (Related: How to survive morning sickness at work!)

But even after I had her, and after trying to put in my notice, I was asked to stay on with the ability to work from home. I thought this was the best of both worlds. I could be with my baby and still keep my job – and my income – for the immediate future.

I felt called to be a stay-at-home mom but wasn’t released to do so yet. I worked from home full time with my baby eight-and-a-half months. Then the majority switched over in the House and it became the perfect time to close that chapter. I was released. I was called. And let me tell you, there is no stronger confirmation that what you are doing is the right choice than when those two intersect. 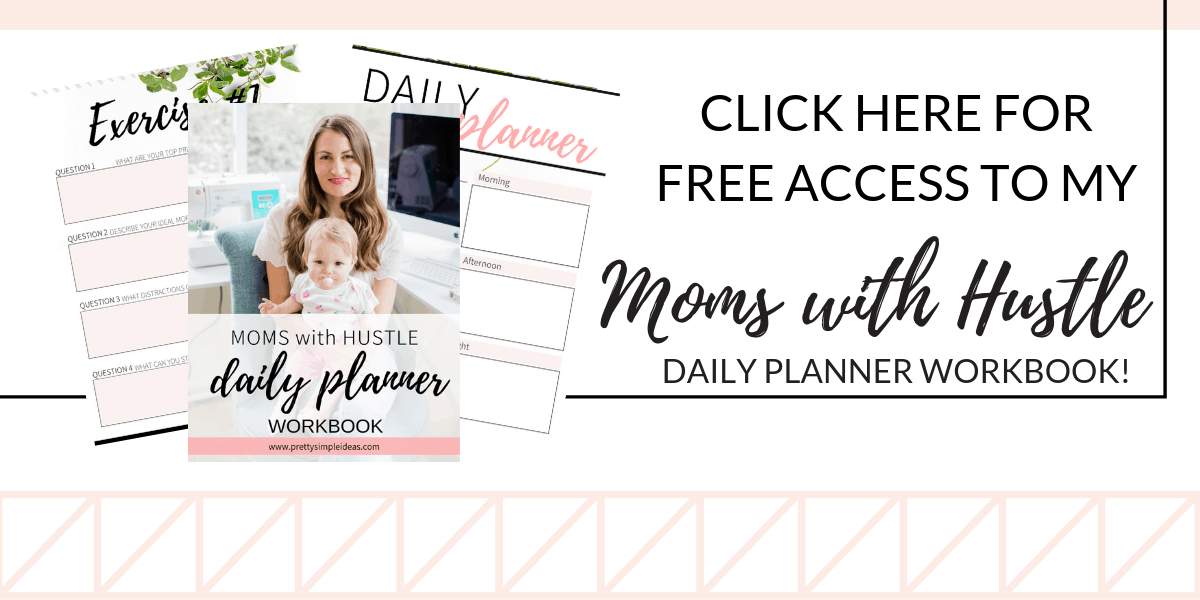 In the Bible, there are many stories where this “released from and called to” equation came into play. The disciples were both released from their current jobs (fishermen, business owners) and called to follow Jesus immediately.

Sarah was called to motherhood, but not released to do so until God’s perfect timing (Genesis 12, 13, 17). Abraham was called to be a father of many nations, but he also had to wait until God “called” him by giving Sarah a son.

Joseph was called to rescue the people of Egypt during a famine. But he was not released – literally – from prison until God called him to work in Pharaoh’s household (Genesis 37-45).

Have you been released from your current job? If no, wait and pray until you are released.

If yes, are you called to another? If no, wait and pray until you are called.