When I first read about people choosing a “word of the year” I honestly thought it was silly. Fast forward a few years and I am now a huge advocate. Why? Because choosing a word is setting the tone for your year. It’s also like creating a overarching theme of the year instead of endless resolutions we never keep.

A couple of years ago I choose “Vitality.” I just felt like I kept getting sick all the time and also felt like I had low energy. So I was determined to restore my health and really live life. Last year my word was “Growth” and boy did I grow – I had a baby after all! Besides that, I grew in my career, my marriage and my blogging/writing. This next year I am choosing “Vision” – specifically God’s Vision for my life.

(For more on Word of the Year, check out this post on why this writer’s word was “MORE.”)

“Where there is no vision, the people perish; but he that keepeth the law, happy is he. “

Last year I had dinner with a homeless man at McDonalds. After we got past him asking me for money and then small talk, he started to open up about his life. Although he’d been on the streets since he was 14 and was now 29, he was trying to figure out how to get some income.  He told me how important it is to have goals. Today he was just trying to survive; tomorrow he hoped he could get a job and afford a nice clean place to live. Though he was at his lowest point in life, he still had a vision. 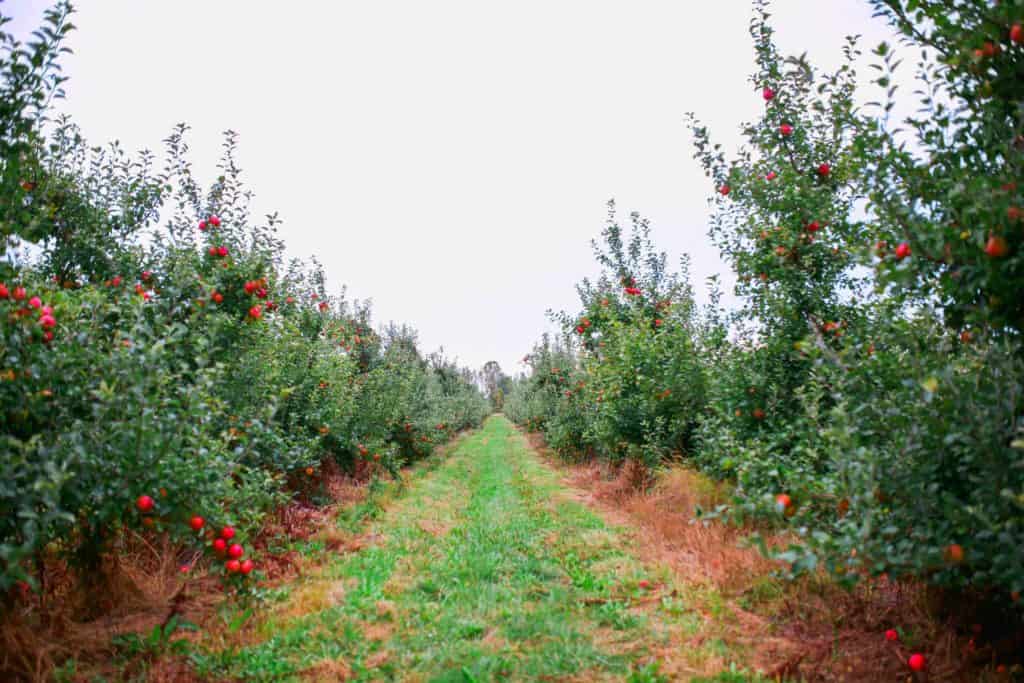 I’m also currently reading Arthur Brooks’ “The Conservative Heart” which does an excellent job explaining why it is better to allow people the room to pick themselves up. In his book he tells stories of several homeless men and women, criminals, and drug abusers who found self-respect by being given a job -even cleaning the streets of New York City. For the first time in their lives they not only made a little money, but they helped people and were creating their own future.

These two stories remind me of the Bible verse in proverbs “Without vision, men perish.”  Without vision many of these men and women mentioned above probably would have perished, either a physical death, but perhaps one of character, or spiritual too.

Why My Word of the Year is “Vision” 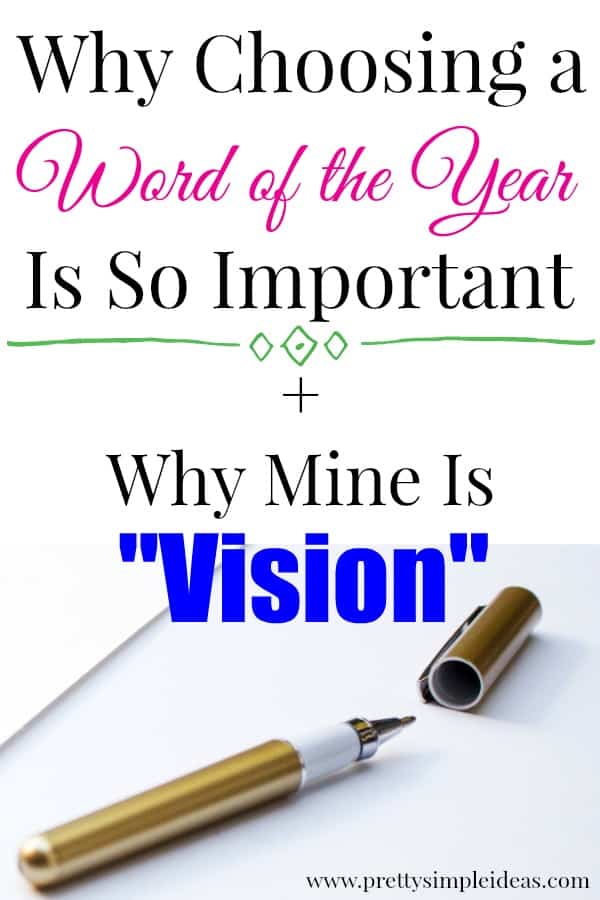 I’ve always seen the importance of setting goals for my own life, although I do need to do better about setting deadlines, too. I like to create really small, manageable goals that I don’t have to turn myself upside down to accomplish. For instance, this year my goal is to be “healthy-ish.”

I’ve both not cared about my health at all, and been unhealthily obsessed with my health. This year I am striking somewhere in the middle – trying to be a little healthier, but also enjoying my dessert.

I also have more lofty goals: This year I’d like to make headway with my writing, although I’m not sure how yet. I’m still praying through what that may look like while doing research on my own about writing opportunities.

Lastly, I want a changed heart. I want to be the type of person who wants to mentor others, and rejoices in their successes. I want to be a hospitality person who loves to share their home and resources.

RELATED: 2021 Word of the Day Glorify

These are my visions.

For the vast majority of us, myself included, I’ve used this verse in Proverbs coupled with stories like above to show that as humans we just need the vision to keep our lives going and feel satisfied. We feel we need the NEXT BIG THING. The next job where we’ll finally be content, the next hairstyle that everyone will want to copy, the next diet plan, the next career jump. And next move to another city.

But you know what? While these “visions” will bring us temporary happiness or satisfaction they are still temporary. And then – you guessed it – we’re looking for the Next Thing again.

I don’t know about you, but I want lasting visions and results that bring me joy – not just temporary happiness. I want visions that have eternal and heavenly consequences – not just ones that affect today.

Let’s now look at the verse from a different translation, the Good News Translation.

No matter what translation you look up, it’s pretty clear that vision is not supposed to be our vision, but God’s.  It’s His vision for our lives.  Now let’s read the verse that way and make it personal.

Sarah [Insert your name here] will PERISH (Yikes!) without God’s guidance and Word. BUT…. if she keeps His law and follows His ways, she will be joyful!

Now that’s a quote to hang on your mirror.

But remember – either we die because we’re following our own visions, or we live in joyfulness because we follow God’s.

Go ahead and try to eat healthier, learn to be more confident at work, start your own business, or even sleep more this year – these are good goals.  But don’t obsess over them. Instead, let’s ask God to plant His desires in our hearts. Let’s also ask ourselves how we can glorify God in our work, relationships, health, and even thoughts, instead of how we can “boost” ourselves.

Will you join me? If so, I think you’ll find the other “visions” falling into place without all the straining, stressing, and sighing.

“But seek first the Kingdom of God and His righteousness, and all these things shall be added to you.” Matthew 6:33