Political pundits love to use the phrase “War on Women” every time they believe women’s rights are being restricted in the workplace and in society. Yet, the more I look around me, and in my own life, I’d argue that there is indeed a war on women, but it’s a war we often rage against ourselves.

I recently heard about two women at a Bible study that got into an argument about whether Christian women should go back to work after having a baby. Neither had a child or was even married but both were certain they were right. While the disagreement eventually died down, both women left angry and determined they were right. Besides women judging other women on career choices, we also judge each other for a whole string of reasons. She’s too bossy. She’s too introverted. She makes poor financial decisions. She’s pursuing the wrong career. She initiates toward guys too much. She allows her boyfriend to “walk all over her.”

How To Stop the Other War on Women 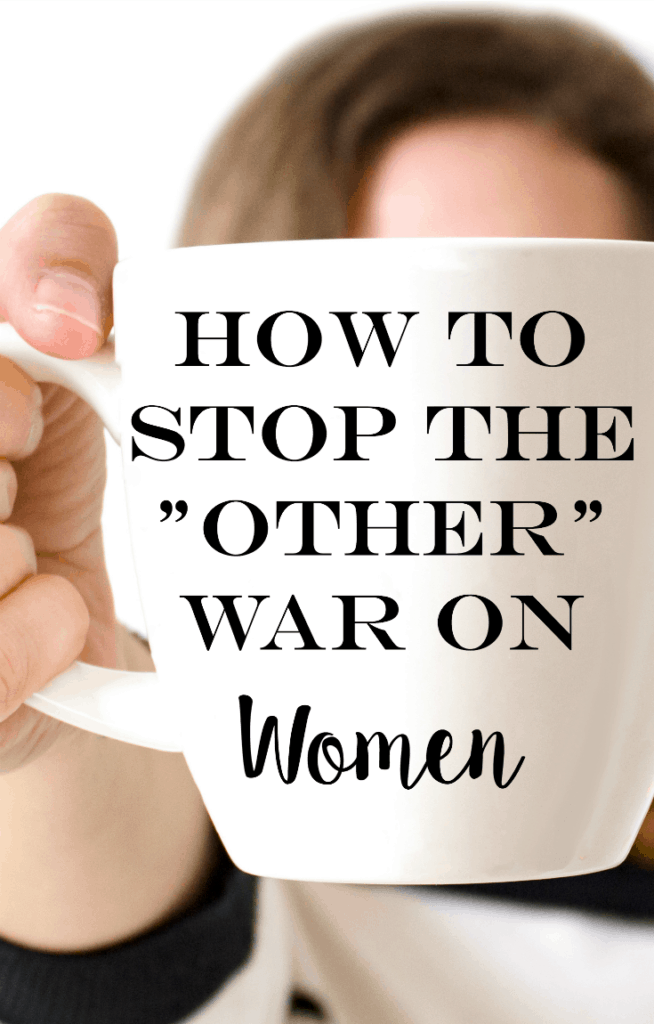 I tend to lean very traditional in matters of life, work, and home, but I don’t often get into disagreements with other women over it. However, I have silently judged them.

I once judged my friend who wanted her husband to stay home with their kids because she made more money.  I’ve also (silently) criticized women who decided to return to work after having a baby for being selfish. Or (not so silently) asked whether that was the best decision.

Then again, I’ve had friends tell me they’ve criticized other women who choose to be stay-at-home moms and homemakers. They judged them while believing these women were throwing away their education and talents.

But our issue isn’t really with each other’s choices. For me, I was lamenting that I wasn’t married yet and didn’t have the option of getting to figure out a work/life balance. Instead of encouraging my friends to make the best decision for their families, I’d take out my jealousy on them.

I’ve judged to make myself feel better about my own choices. But the Bible has many warnings against this. “Do not judge, or you too will be judged. For in the same way you judge others, you will be judged, and with the measure you use, it will be measured to you” (Matthew 7:1-2). In other words, if you are judging others wrongly, or in cases that the Bible does not speak on (differences and gray areas) by the same unfair measure, you will be judged, too.

That’s not to say there isn’t a place to judge or speak to your brother or sister about their sins — but make sure it is a sin and not just because you disagree with his or her choice. Here are four guidelines the Bible offers on judging:

1. Judge only Other Believers.

It should come as no surprise that nonbelievers do not obey God’s Word. But we are still called to live life with them. After all, aren’t we sinners ourselves? Instead, giving a reason for the hope that is in us, let’s live a pure and blameless life before everyone.

2. Judge based on Biblical principles.

We’re told in 1 Corinthians 5:11 not to associate with brothers and sisters (Christians) that claim Christ, but are blatant about their sins and show no repentance: the sexually immoral, idolaters, chronic liars, drunks or cheats. The Bible says do not even eat with them. These are the people that are defiant about their sin, knowing they’re wrong but not caring. We are to judge them but always in truth and with pure motives. Being right isn’t an excuse to be unkind. We must think about how we would want a friend to approach us about our sins.

3. Examine yourself first before judging others.

Are there sins you need to repent of and get right with God about before you are able to approach your sister or brother about theirs?

Don’t judge if you have a plank in your eye. As an example, if I was involved in a sexually immoral relationship but called out my friend for being a glutton, I’d be trying to take a piece of dirt out of her eye while knocking others over with the log in my own. First, let’s take the log out of our own eyes and then go to our brother and sister about theirs. Then we can all see more clearly.

4. Be willing to let others speak into your life.

Do not judge, or as Christians like to say nowadays, “speak the truth in love,” unless you are willing to let others speak into your life as well. We are quick to see other’s shortcomings — and tell them about it — but heaven forbid someone points out our not-so-Christ-like habits. How dare they… I’ve thought when someone’s called me out. Yet when we do the same it is just “speaking the truth in love” to a sister. Let’s allow others to speak into our lives, and they will be more willing to do the same.

I know at times God has called me to speak the truth with more boldness to people in my life. But at the same time, I have learned to check my heart first and make sure I am not wrongly judging them, too. What I’ve never seen in the Bible is to teach each other because we disagree on Santa, eating organic food, or whether or not we want to pursue a certain career. Instead, it says to speak the truth to each other, backed up by Scripture and always after prayer.

Forget men’s “war against women.” As women, let’s stop the war against ourselves. Let’s stop comparing ourselves to each other, stop assuming others are judging us and stop trying to prove we have it all together. Instead, let’s surrender our dreams and hopes at the foot of the cross and ask, “Lord, what is Your will for my life?” Then when we find peace knowing we’re following God’s will for our lives — and not our own or someone else’s — we can encourage other women to do the same.

Let’s create allies, not enemies. It’s time to call a treaty in this war.