When we bought our house over two years ago we inherited a compost bin with it. Sadly, I let it sit way too long without using it but now I’m determined to become a compost queen! I’m a stay-at-home mom but being “quarantined” these last few weeks has definitely upped my interest in all things gardening. If you’re new to composting then these composting tips for beginners are for you. And even if you’re an expert, you might still learn a thing or two.

The average US household produces 650 lbs of organic trash a year, but most of that is landfilled. In fact, almost 30 percent of our landfills are full of organic matter. You think it would break down since it’s dumped into a giant hole in the ground, but it doesn’t because landfills aren’t aerated.

I love composting because I can take a third of what I’d throw into the trash and use it to make nutrient-dense soil for my garden, pots, and indoor plants. This means, less garbage to haul to the curb and less garbage in the landfill. It also means my plants will be getting nutritious “food” to help them flourish.

Composting for Beginners in 3 Easy Steps! 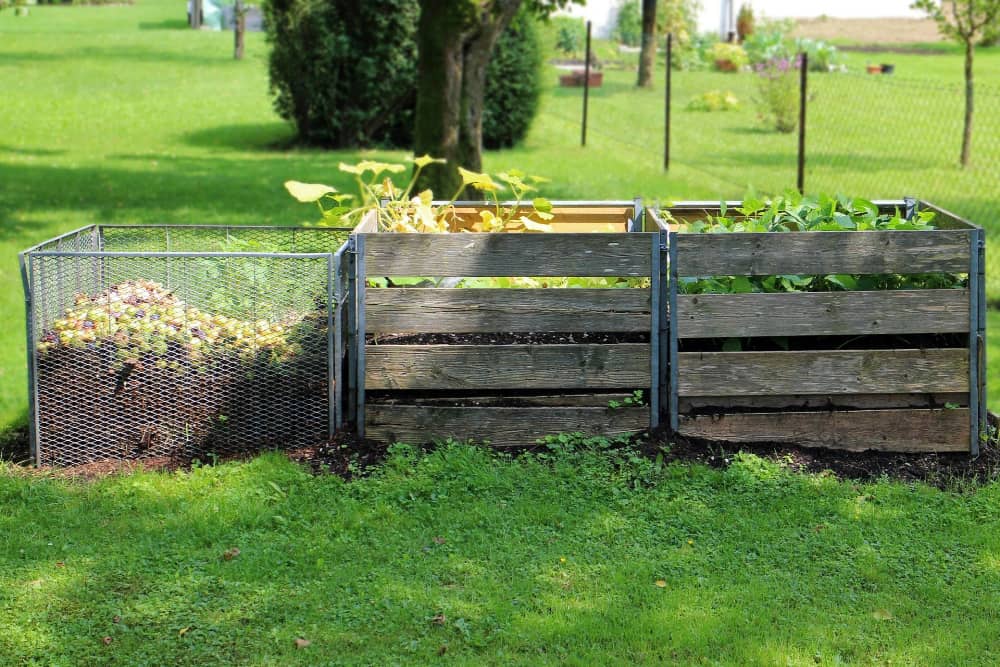 It’s also the easiest thing ever.

Throw that stuff in a bin and you’re (almost) done.

Almost. There’s a little more to it.

What You Will Need:

I’m sure this goes without saying. The good news is you can easily snatch this one up or get even more creative and make a DIY compost bin. If you purchase one make sure to get one that’s at least 30 gallons though.

I just used an old plastic food container that I clear out frequently to avoid bad smells. Whatever floats your boat though.

Composting for Beginners – how to do it!

All right now that you have a compost bin here’s the fun part.

I told you I keep a plastic food container in my kitchen that I fill up during the day. Set aside fruit and vegetable scraps for your compost as you use them during the day.

Eggshells are also great! I usually just store the empty shells in the containers in the fridge until I’m ready to dump them in the compost. It drives my husband kind of crazy but he doesn’t often open those containers so it works out. 😉

2.) Empty food scraps into your bin as often as you can.

It’s embarrassing but I actually had no idea I was supposed to stir my compost for the longest time. Now I head out there every week and give it a good stir with a large shovel.

If you can’t be bothered with stirring it, you can even buy what’s called a tumbler that will stir your compost for you.

4.) Sit back and allow it to work its magic.

What else can you put in your compost? I’m glad you asked. The answer will surprise you! 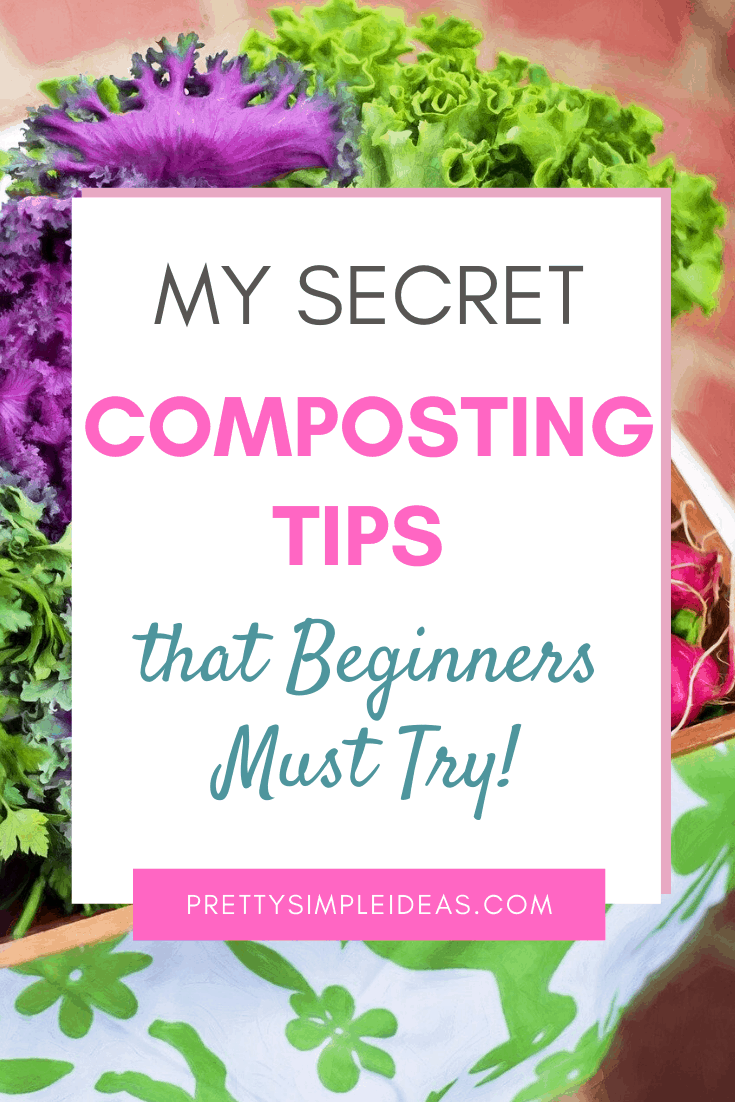 10 Best Things to Put In Your Compost

11.) Paper towels (unless there are chemicals on it)

Just never compost meat, dairy, or oils or any cooked food. Never ever. Not only do they attract flies and maggots, but they slow down the composting process.

Now for the million-dollar question – can you compost if you live in an apartment?

The answer is YES! It’s a little more complicated (and gross?) but definitely possible. Your houseplants will be so grateful though.

Composting for Beginners – in apartments!

Going Zero Waste has an awesome piece on composting in apartments. I’ll warn you though, one method involves worms so it might not be for everyone. It might be perfect if you have a small patio or balcony though.

Another popular method, however, is called the Bokashi Bin, and although it’s pricey – no worms! You can even compost meat, dairy, and oils in these bins.

She also gives other options of composting that involve your community. Also, if you make compost you can’t use, consider donating it to a local garden, community, or farmer who would love it.

Lastly, you might be wondering how long does it take to make compost?

The answer is anywhere from 20 days to a year. Quite the range! It all depends on the conditions of your compost.

The 20-day “hot turn” process involves more care and attention. Your compost pile must be three feet by three feet, contain a 30:1 ratio of brown to green materials (I’ll explain that in a minute, and be turned or rotated daily during the first week, then every other day for the next two weeks.

So let’s talk about brown and green material. “Brown material” is what adds bulk to your compost and feeds the organisms in your compost. It’s made up of items like cardboard, dead leaves, twigs, paper towels, etc. Brown material also produces carbon which is critical in making compost.

Green material is made up of your old fruits and vegetables and grass clippings and produces nitrogen. Nitrogen is what heats up the compost pile and allows the organism to multiply quickly. You need both carbon and nitrogen to make the compost.

Some experts say you need a 20:1 ratio of brown material to green material; others say a 30:1 ratio is best. Either way, your pile needs a lot more brown material so just keep adding those leaves and old pizza boxes!

Can I speed up the process?

1. Yes, by incorporating the right amount of brown and green material you can speed up the process. Also….

2.) Make sure your compost gets plenty of sunlight to warm the bin. Heat speeds it up as well!

On average, it will take six to nine months to make compost.  And if you do absolutely nothing to your compost bin but throw in some items every now and then it will take about a year to break down.

After you’ve made your nutrient-rich soil go ahead and use it on a DIY container garden that’s apartment or house friendly too.

Do you compost? How long have you been doing it?